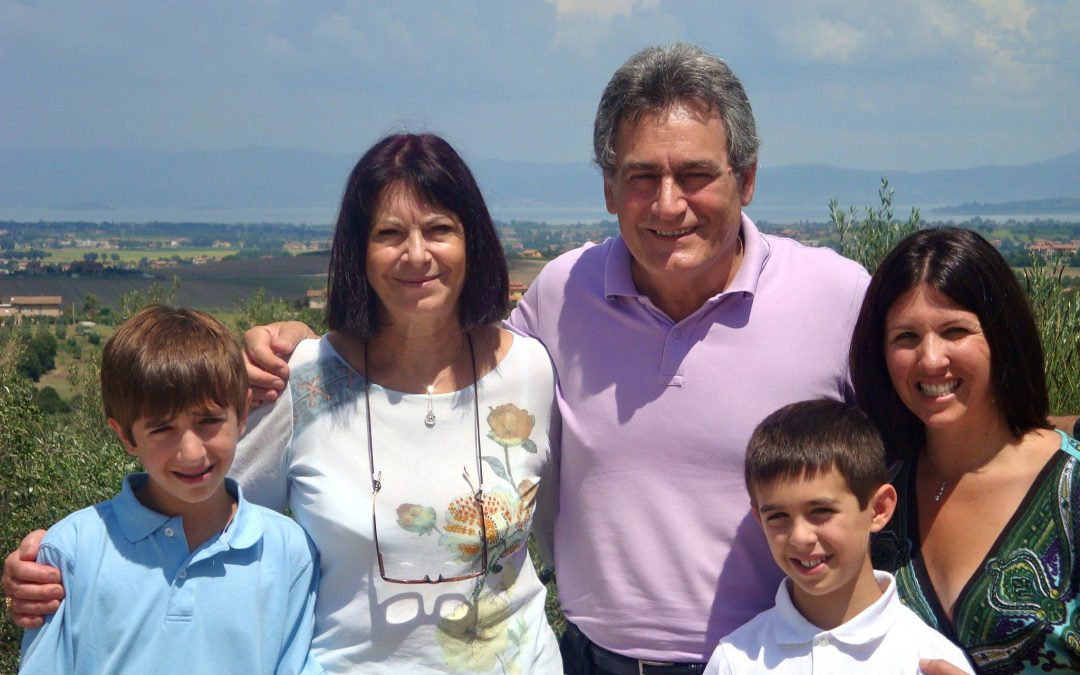 Bleary-eyed from the flight, we set our luggage down in the Italian villa, and picked the room that we would sleep in. Since Anthony researched and booked a majority of the Italian vacation, he and I settled in the most private of the rooms on the ground level while our friends ventured upstairs to pick theirs.

We picked Tivoli, a city outside of Rome because we flew into Rome and we wanted to stay in a house 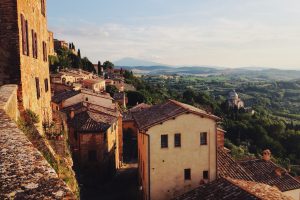 fitting the 8 of us. The old sprawling home, nestled within a country setting, had plenty of rustic charm. It seemed like a good choice but we wouldn’t really know how practical the home or location would be until we experienced it firsthand. The idea of a villa excited us all and the property had a beautiful pool so we booked it.

Little did we know that we would encounter drizzly spring weather and the pool wouldn’t make sense. Our plan had to shift from lounging poolside and enjoying the villa for a good portion of the trip. We decided we’d set off to explore Italy each new day and cover as much ground as possible.

Temporarily satisfied by snacks from the airport, our group of 8 agreed on a plan of showering, napping and reassembling in the kitchen to come up with a dinner plan. We were so naive as we confidently thought we’d find a place for dinner. None of us considered that villas in the middle of the Italian countryside aren’t convenient. There weren’t any good places nearby. We were hungry and stuck. Thankfully, one of us brilliantly reasoned to contact the local girl who checked us into the villa.

Reappearing from someplace in the neighborhood, the young Italian woman rushed in to save the night. Confidently, with a heavy accent, she assured us that delicious food awaited at her friend’s restaurant. “It is possible. You follow me. Restaurant is but a few clicks away.” Her enthusiasm was contagious and we piled into our little convoy, following the girl on what should have been a quick drive, only a couple of miles or “clicks” on the odometer.

We discovered that night that Italians describe distances and directions in a very different way than us. A good meal is never too far away. We followed her for twenty full minutes on dark country roads, winding uphill and around narrow lanes to a very tiny town. We climbed out of our tiny European cars famished, a bit motion sick but in fairly good spirits.

This little mysterious town was called Cerreto Laziale. Undiscovered by travelers, not one tourism book has ever printed the name of this town. We knew we were walking into something special only known by locals who lived in the area. 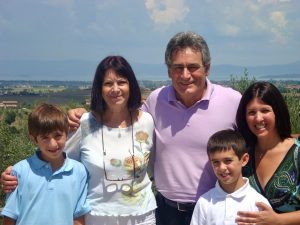 We walked inside the little restaurant. A beautiful experience and delicious meal was waiting just for us. Mauve colored walls surrounding us, we were greeted by the gentleman who owned the place. He spoke mostly Italian and had a stately elegance about him. He showed us to our table, poured an excellent brunello wine and began to immediately serve plates of delicious food that his wife was preparing in the kitchen. To say he was excited to have Americans in his restaurant was an understatement. We ate and laughed, finally filling our bellies. There wasn’t a menu at all. He appeared with plates in his hands from the kitchen, round after round. I can’t tell you how many trips, back and forth he made to the kitchen. The food was classic Roman cuisine. Simple and, at the same time, quite particular.

We felt as though we were family and there was no end to the bounty being lavished upon us. The extravagant courses are how Italians show supreme honor for guests. We ate and ate and ate. And we stayed, savoring every moment of the meal, wine and desserts. Mr. Botticelli was the gentleman’s name and he was in no rush to close up shop. He pulled up a chair, sat and poured himself a tiny glass of limoncello as we talked about our families and got to know one another. We shared photos of our children and he shared photos of his grandchildren. The clock sat unnoticed, as laughter filled the room. Eventually, Mr. Botticelli’s wife emerged from the kitchen. She’d been cooking her heart out this entire time. It was no small task to have cooked for our group of 8. Rita spoke only Italian so we showed our appreciation the best we could. We kissed her cheeks, smiled big and repeated ‘Grazie mille, grazie mille.’ Our appreciation of her increased when they told us that his small, feisty woman who cooks like a chef was also a retired Roman police officer.

Not only were our bellies fed this night, but also our souls. It was the kind of moment that stays in your heart, forever imprinted in your memory.

Anthony and I took a chance and returned a few nights later, just the two of us. They were open and Mr. Botticelli and his wife extended the same service to just us the two of us. Again, our bellies were full of goodness after 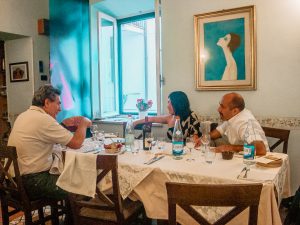 another delicious evening there. Once dessert was on the table, Mr. Botticelli relaxed and he again, pulled up a chair and sat. Finally the restaurant closed and his gracious wife came from the kitchen to join us once again. Smiling to one another, conversation continued until our final goodbyes. We exchanged email addresses as we promised to keep in touch.

The impact that this exchange left on us didn’t fade, even once we arrived back to the states and to our busy lives. We Skyped, emailed and became friends on Facebook. One day, Anthony noticed our Cerretto friends signed their correspondence with us as Zio and Zia (auntie & uncle). Touched, we began addressing them as Zio and Zia.

When we introduced our two youngest sons, who were 10 and 8 at the time, Zia and Zio lavished them with attention and kindness. They drove our boys around the city streets of Rome, treating them to Italian football apparel and gelato. The Botticelli’s affection for the boys was our first taste of just how much Italians love children. It was evident.

We’ve had the pleasure of spending days and evenings with them walking the ancient streets of Rome. Havingbeen born and raised in Rome, their love for this city is tangible. The Trevi fountain, the Colosseum and the Spanish Steps are interwoven in every memory of their childhood. 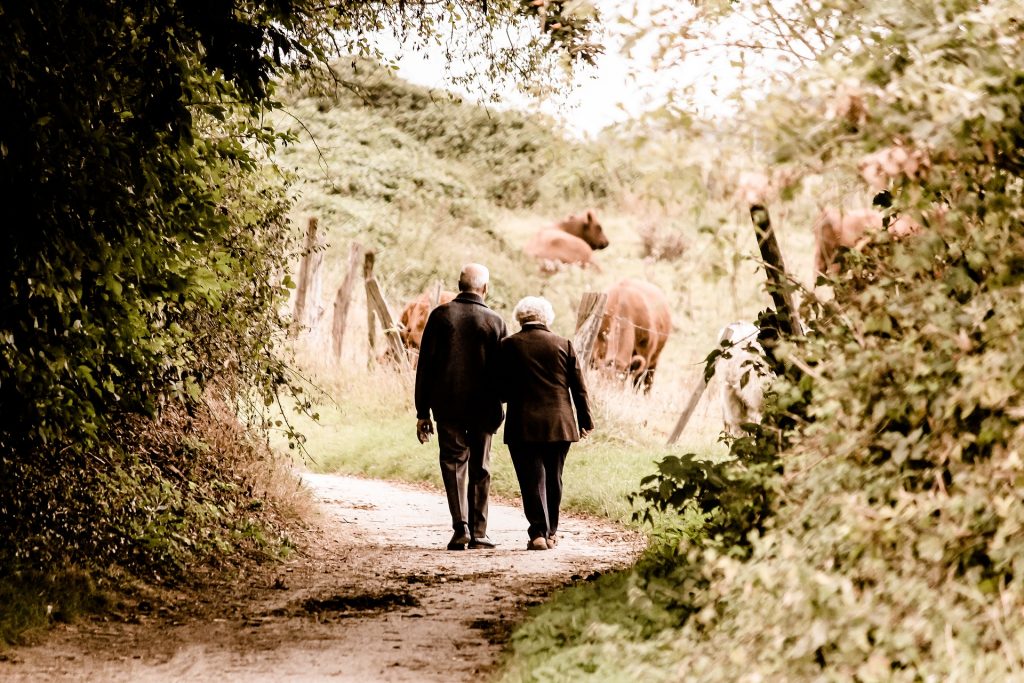 To have strolled in Rome with them is to stroll down their own personal memory lane. We were unable to keep up with their stamina and energy while exploring the city with them. It was priceless.

The years have been kind to us and we’ve had the honor of visiting the Botticellis time and time again, either in our home in Umbria or in their family home in the hills of Lazio.

Thinking back, we can’t help but feel that we came up short in what we gave back to them. Sure, we’ve gone out of our way to visit them at different stages of our lives, spent many moments with them, brought them presents and introduced them to many of our friends. But their lives have been steeped in timelessness. History is a very old friend to them. Playing in the Trevi fountain as a child builds a connection to the past that is formidable. All that we had to give was our time and our gratitude. They have been very gracious to us, in ways that we fail to understand. They allowed us into their restaurants that night but even more of a mystery is that they found something interesting in us to allow us into their hearts.

This story still surprises us. Memories are made from real stories. Every so often, we take what is tucked away in our hearts, unfold it and share it’s beauty with others. Experiences like these are tucked away for the one who is willing to take the time to escape the well-worn paths.

Obviously, friendships can’t be forced but we can remain open to the opportunity to have real exchanges with people we meet when traveling. It’s not enough just to find the locations that are hidden gems while traveling, the real treasures are the people. Pull away from the busyness of life and say yes to the possibility.