How Sicily Changed My Life 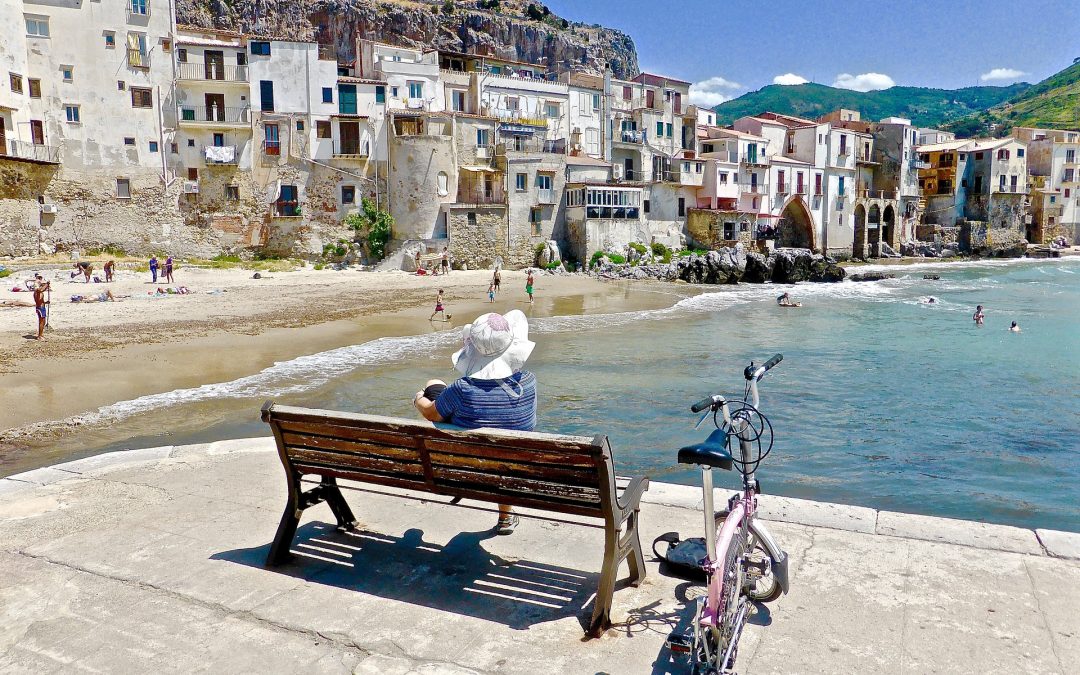 “Travel is fatal to prejudice, bigotry, and narrow-mindedness and many of our people need it sorely on these accounts. Broad, wholesome, charitable views of men and things cannot be acquired by vegetating in one little corner of the earth all one’s lifetime.”

Many of you may recognize this quote by Mark Twain. It also seems to sum up perfectly how I feel about my life so far. In my short life-span, I’ve been lucky enough to have the opportunity to live in more than just the country that I was born in. And as the quote suggests, I’ve been able to expand my mind in ways I never thought possible; by having a different perspective on life through diverse cultures, which has shaped me into the person I am today.

I knew almost my whole life that we were going to move away. It seemed like that was what everything in my life was building up to: the change. It’s the perfect before and after scenario, where the before is almost always less important than the after, and after the after there’s no going back. So, up until I was 12 years old, I was waiting; Waiting for the change, the after, the new chapter of my life. And I still believe to this day that the only reason I survived is because I honestly didn’t know what to expect. And so, like most things do, it eventually happened. My father, my mother, my sister and I, began the change. We moved to Europe- Sicily, Italy. 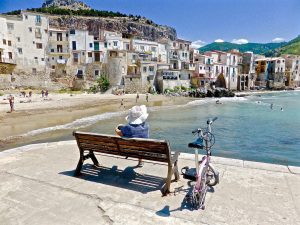 I still remember my first days there, and being in a daze. It was a lot of new information for my brain to handle, and it seemed less exciting than I had expected, since my whole world had revolved around moving there, and then suddenly, that’s where we were. After one month of being there (and not knowing the language) me and my sister went to public school. I went into the 6th grade and she was going into 8th. Actually, because of how they scheduled the first days of school between the different grades, my first day was one day before my sisters’. I was mortified.

We had only been in this strange country for 3 weeks and now I’m going to public school where I won’t know one bit of what they’re saying, or how things work, and I have to go in, alone? My whole family walked me to school that day, which even considering the circumstances, I still felt embarrassed. The other 6th graders only had one parent with them. I had both plus my sister. Nevertheless, we moved forward.

I walked into the auditorium, where they were calling kid’s names to send them into their classes. And soon enough, we heard a very mis-pronounced, “Eh… Elizabeth, Alex Abigail?” I started getting butterflies. That was me. I quickly said goodbye to my parents and walked forward to follow other students that were lining up. A girl I was in line with asked me something in italian and I told her the one and only thing I knew how to say, “Mi dispiace, ma non so parlare molto bene in Italiano.” In English, “I’m sorry, but I can’t speak very well in Italian.” 😬 And funny enough, that girl turned out to become my best friend for my whole middle school experience, where she helped me learn the language and treated me not like a foreigner, but like a normal person, which I was extremely grateful for.

The whole school day was a blur. I had no idea what anyone was saying, even when they spoke to me in English. I had never heard anyone speak with a thick accent in English before and my brain was forced to really think about what they were trying to say; a new experience for me.

When I got home, my family was so curious to know how school went but because I didn’t know what went on for basically the whole school day, I didn’t really have any feedback to give. So, like a good pre-teen, I just said, “It was fine.” 😝

My sister and I learned Italian very quickly. In a year, we were speaking conversationally well and in two years we were fluent. It was hard. We would cry with frustration of not being able to understand what was going on around us and how we couldn’t communicate to others well.

Three years passed and I realized something profound that was challenging by ability to integrate into the Italian culture–I never let go of America. I was still there in my mind, whether I was thinking about the past or the future. I wasn’t living in Sicily. Once I understood that, things got easier. I started to feel like I was a part of the culture more and more. We obtained our Italian citizenship and now officially we were Italian. 🇮🇹

Going into high school the next year took one a different outlook because Sicily was now my home. I no longer missed America like I used to and I no longer felt like an American. I would see the American “things” on social media and not understand the references or what certain things meant. I had no concept of American politics or which presidents were who but it didn’t matter. Because I was going to live in Sicily forever. It was our home and that was the thing about being in the “after,” that next chapter of my life. There was no going back to the past or returning to what I knew.

Fast forward to today and I’m back in America. Right now, I’m sitting on my bed looking at my ACT prep book and lunch box, which has been thrown on the floor, somehow next to my backpack that is slouching gracefully next to my cheap Walmart water bottle. I never really expected to be in the U.S. again, or at least not as soon. But here I am, enrolled in my last year of high school at an American public school, writing this story for you. 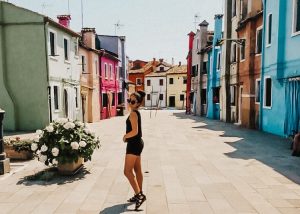 So, my “after” turned out to be different than what I had expected. It’s been a crazy journey. I’ve learned so much. I know more about the world than I ever would have. I’ve been exposed to a beautiful new way of doing everything and I have the ability to pick and choose from each culture the things I like the best and apply them to my life, attitude, and character. I am not the same girl I was 6 years ago walking into that school afraid and confused. My mind has an entirely new capacity and range of thought than I would have ever imagined. It has undoubtedly made me into who I am today and through the pain, grief, incomprehension and anxiety, I have ripped apart every inauthentic side of myself to be able to blossom into the young woman who has been growing up the past 18 years.

I’ve learned now that what Mark Twain said really is true. “Travel is fatal to prejudice, bigotry, and narrow-mindedness.” Even just as a kid I had my own prejudices towards Italian people, or maybe just people from other cultures, because I didn’t have the ability to think any different. The only knowledge I had were stereotypes from the culture I came from. But I discovered most of them were simply that-stereotypes, not entirely accurate.

I even learned the simplest things, like spaghetti and meatballs are not an Italian dish, and that the Italians actually never eat meat in their pasta. And then there more complicated issues, like the fact that not all Italians are entangled in the mafia, even though it’s still very much alive today (however, very different from the dramatized version so many of us know with the movie “The Godfather” 😆). 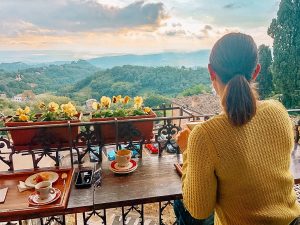 Prejudice comes hand in hand when being immersed in a new culture. It’s a whole new world that you are forced to survive in where very different opinions from your own live. But I’ve learned that just because someone does something unlike I do doesn’t mean their wrong. It’s simply different. I realized that if I refused to associate myself with people who I didn’t agree with on everything, I would be very alone. Traveling opened up my mind so much. Even the scenery of a new place activates your brain in different areas as you are processing all the new.

Because when you are introduced to something new, if you allow it to, it can change more than just your idea on life, it can change who you are. And it certainly did that for me.

**Abby is high school senior, currently residing in Nashville, TN but spent the better part of her teen years living in Sicily, Italy with her family as Evangelical missionaries.