How Sicilians (including my American self) Celebrate Christmas 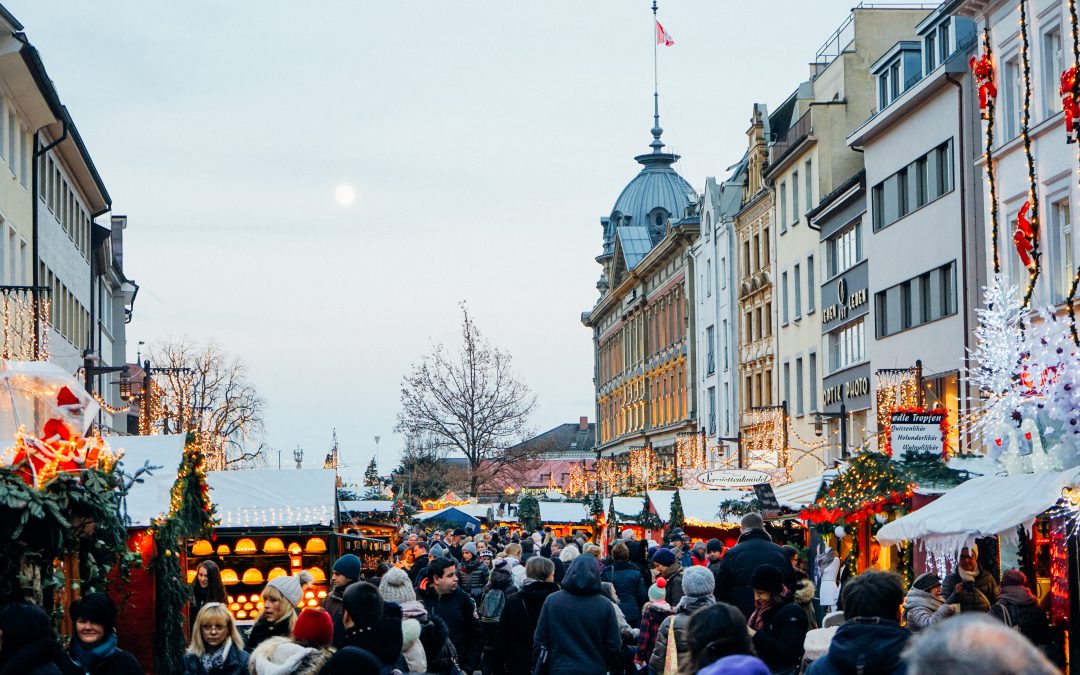 Christmas in Sicily is a beautiful time of the year.

For the little town that I lived in, the first inclings that it was the holiday season were lights being put up all over town, all around the main square. Then during this time in the evening the streets would close down and locals would set up carts full of custom made items, mostly christmasy things like jewelry, hats, scarves and even 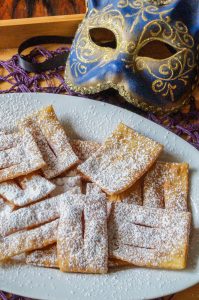 candy. It was beautiful to walk up and down the brightly lit streets and have a good time with your family and friends, exploring the open cart shops. And inevitably, the weather was quite frosty around this season and in the evening, so there would also be carts full of fresh hot pastries. My favorite was the “chiacchiere,” (fried pastry) which literally translates to “chatter” because of the loud noise it makes when you eat it. They are traditionally covered with powdered sugar or you could get them dipped in chocolate.

Another favorite were the warm ricotta filled pastries, also with powdered sugar sprinkled on top. Then, my favorite part were, the literal, chestnuts roasting on an open fire all over town. To find them, we would follow the trail of white smoke from the small fire and then get a small paper bag full of them for a couple of euros while they were hot and delicious.

A morning ritual during the Christmas season in Sicily for my family and I, was to go to a local coffee shop called Condorelli right next to a massive catholic church that often rings its bells at the top of the hour. We would get cappuccinos with cocoa powder sprinkled on top, along with whatever fresh pastries or whatever we had a taste for.

During this season, most locals like to travel to Mount Etna (an active volcano on the east coast of Sicily) because it is covered in snow and it’s the only place you’ll ever find covered in snow in Sicily. They make huge snowmen and sled. There are lots of places to go sledding on the mountain since there are many craters. It makes the perfect place. However, if sledding is not your thing, there is also a ski lift that goes around most of the volcano and it’s a breathtaking view. You can also ski on the mountain which is incredibly fun too. There is also a lovely restaurant up there that serves the most delicious hot chocolate and you can eat/drink it with a spoon because of how thick it is…so basically it’s melted chocolate. It comes in several different flavors: pistachio, orange, hot chili pepper (which is so good), almond, etc.

This may not seem so different from the American way of celebrating Christmas, however the Italians have a couple of traditions that we don’t have in America. The most fascinating one would probably be the celebration of

La Befana. The Befana is, what Americans would call, a witch, who delivers gifts to children on Epiphany Eve, January 5th. For a little bit of context, The Befana is essentially a witch who was supposed to go visit baby Jesus with the wise men but she said no because she was too busy delivering gifts to other children. So, she became instead another figure similar to Santa Claus. She usually leaves candy for the children and they leave a glass of wine and a small plate of food for her. Despite having La Befana, the Italians still have a Santa Claus, called Babbo Natale (which literally translates to Father Christmas), but the main day for gift giving is not the 25th of December but on the Epiphany in January. Fascinating, right?

Italian culture is predominantly Catholic, which means they celebrate with a big mass at church during 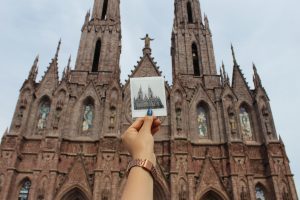 Christmas, celebrating the birth of baby Jesus. Then traditionally, there is a big feast of meat and pasta and a cake type pastry called panettone, for dessert. Funny enough, the evangelical church does not celebrate Christmas as they feel it is more of a Catholic tradition and do not want to take part.

As for my family and I, we celebrated Christmas in Sicily, bringing together two beautiful cultures. We would take the panettone cake (the kind without the candied fruit) and we ate it for breakfast, thus creating a french toast dish. Then we would have our morning cappuccinos and espressos and exchange gifts. Bells would be heard ringing and on Christmas Eve at midnight there would be fireworks going off to celebrate the birth of Jesus.

Christmas is a really important time for Sicilians. It’s a special time to celebrate and practice gratitude with the people that matter the most.. It’s about faith, joy, and sharing your panettone with each other. 😄

Be sure to take a trip to the beautiful land of Italy during a future Christmas season and take in the long traditions of this amazing culture in their celebration of the holiday.

**Abby is high school senior, currently residing in Nashville, TN but spent the better part of her teen years living in Sicily, Italy with her family as Evangelical missionaries.